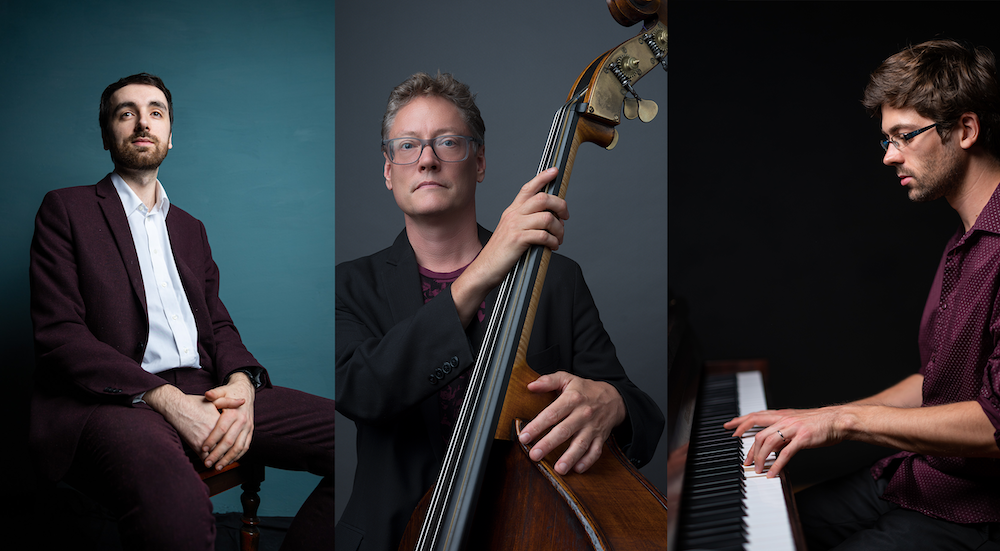 Béla Meinberg is a German pianist, based in Hamburg and Berlin. He has worked with some of the finest Jazz musicians around including Billy Hart, Seamus Blake, Matt Penman, Chris Cheek, Doug Weiss and John Stowell. His playing characterises a lyrical approach, always swinging and a good sense of humour – constantly aiming to build on his musical ability. Whilst respecting the tradition of jazz, his priority is always searching for something new, both as a instrumentalist and as a composer. Béla has been featured in great festivals and locations during his career, such as the ElbJazz Festival, Auditorio Alfredo Kraus Las Palmas and Jazzsommer Augsburg. He was awarded first prize at the Steinway solo piano competition of Hamburg, as well as third prize at Yamaha solo piano competition Nuremberg. With trio MMO he released the album „MMO feat. Chris Cheek – the hiker“. The „Béla Meinberg Trio“ released its first album „It’s a Game“ on Bandcamp.com in May 2020.

Doug Weiss was born in Chicago and raised musically in New York City. Over a 30 year career, he has supported and elevated the performances of: Al Foster, Eddie Henderson, George Coleman, Lee Konitz, Clifford Jordan, Harold Mabern and many many more.

“Jordan Dinsdale is one of the most exciting, mature young drum talents that I’ve heard and have the pleasure to work with. He knows how to light a fire under the music and how to cook with the gas down low” – Ed Jones, UK